The fact of being the winner for the second time in a row in the 24 Hours of Le Mans...

...the world’s oldest active sports car race in endurance racing, is an achievement that involves a lot of factors. And we will know these factors today. 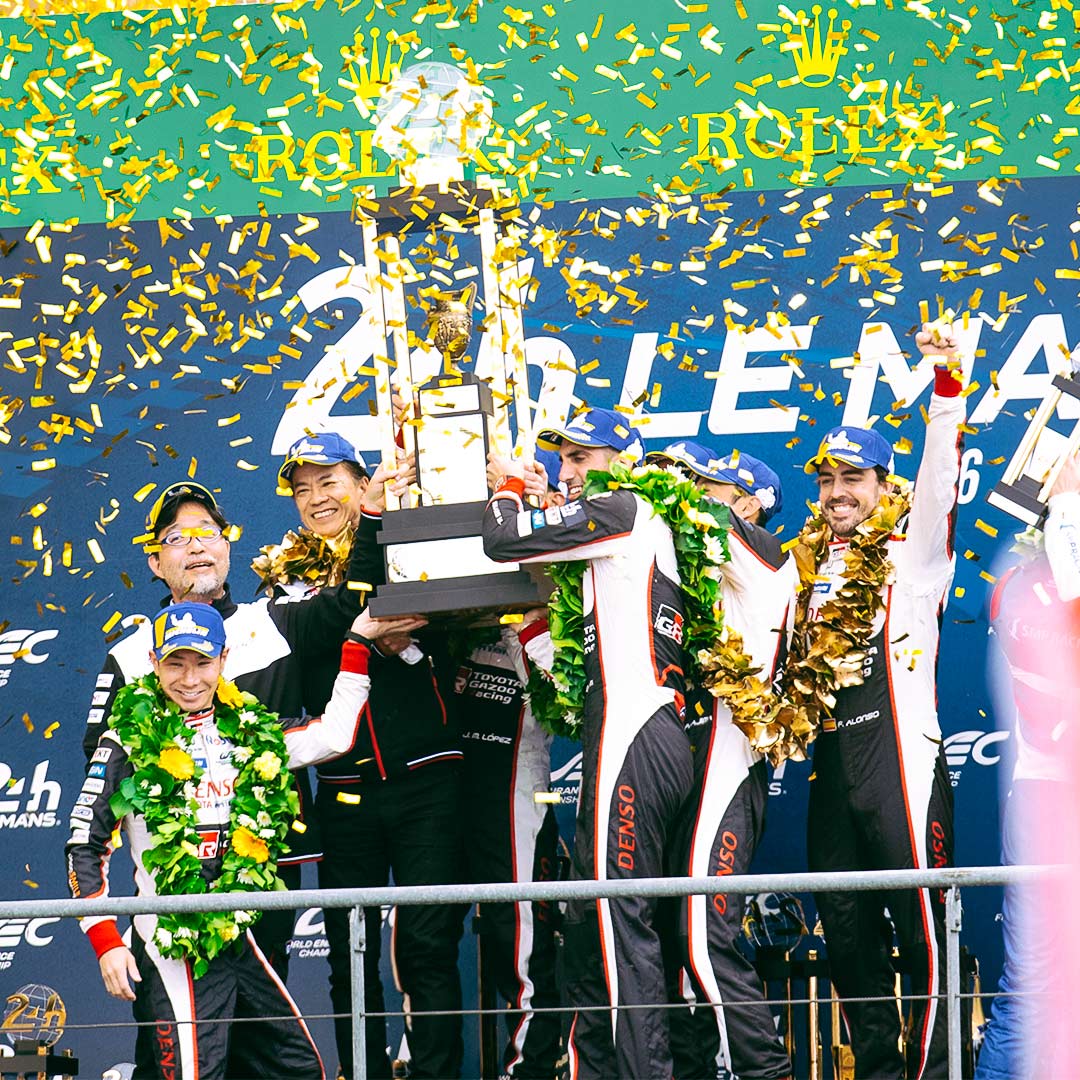 The 24 Hours of Le Mans have always been held in June. In this occasion the race took place from Saturday, 14th at 15:00 hours to Sunday, 15th at the same time. The agenda of commitments and obligations started a week before, on Saturday, 8th with the arrival to Le Mans, a town located in the Pays de la Loire region (France). Upon the arrival, on Sunday, 9th the scrutineering was carried out in the town centre, in the popular Place de la République, where all motorsports enthusiasts gathered to take photos in great detail, like in no other competition, as always, of the cars that participated in the race – in this case the cars that participated in the 87th edition

During this day were taken the official photos of the different teams too. In this occasion, it was a very special year because it was handed over the bronze plaque with the hands of the previous year winners, the car number 8 of Toyota, with the names of the drivers that were going to participate together again in 2019: Sébastien Buemi, Kazuki Nakajima and Fernando Alonso. It was the first victory for this motor-racing team in this race and this plaque was put afterwards on display on Le Mans streets for posterity.

By the way, these 3 drivers already knew each other because they had met in the F1. However, it was not until 2018, when Fernando Alonso signed for Toyota, when this group of three drivers was complete in order to participate in their first endurance racing, the 6 Hours of Spa, creating from that moment on a team that would see several successes in the Super Season. 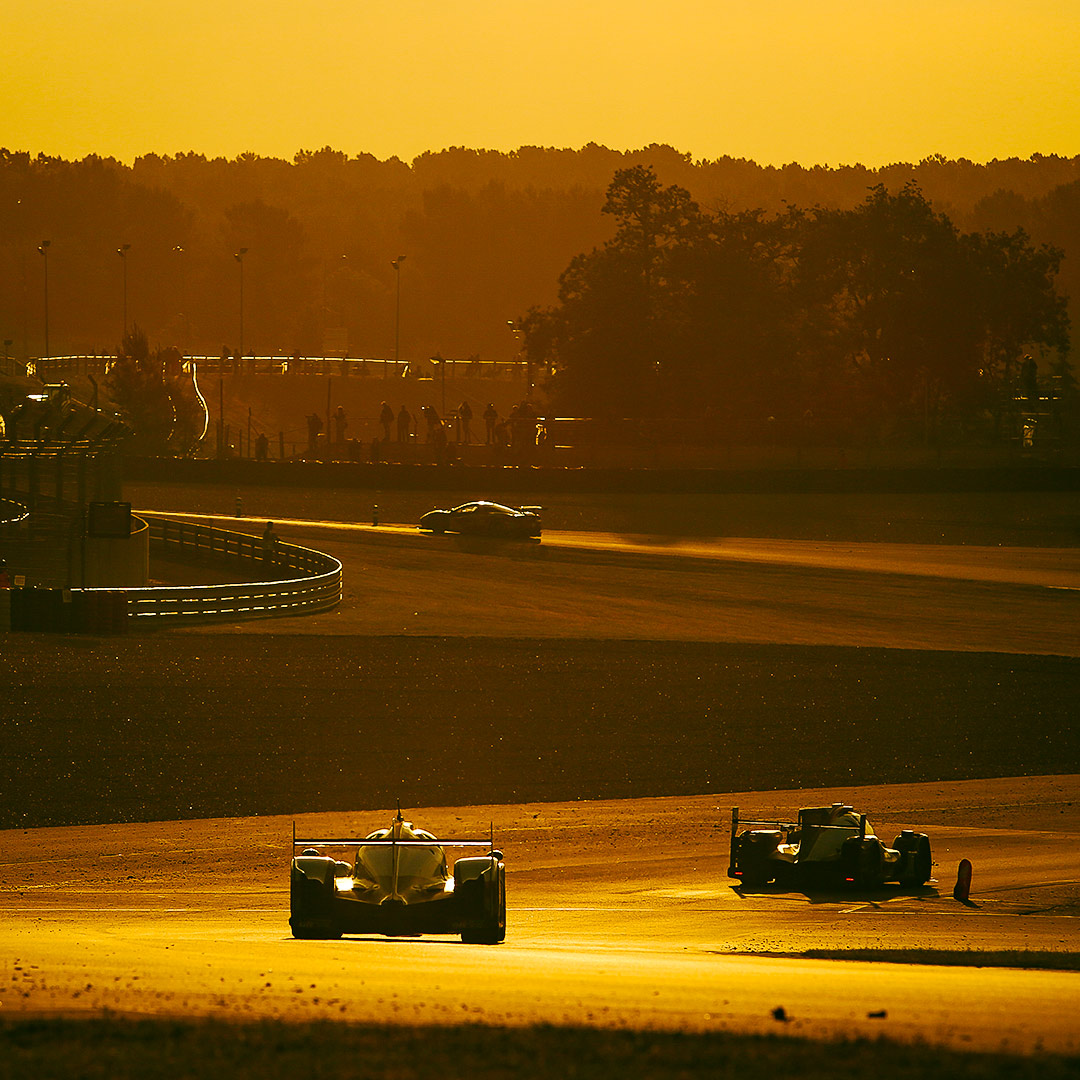 Itinerary of our Team in Le Mans 24

The perfect harmony of our team was fantastic, which was something key to undertake the week that we had ahead since we had to share the whole day. Each day started with an early breakfast at the hotel and then we went to the circuit by car sharing it with the three drivers – Nakajima usually being the driver. Once in the circuit, they prepared the different strategy meetings, press conferences, etc… until lunch time, since they ate in the circuit itself in a restricted space only for the drivers and the team of “physios” that usually accompany them.

Besides this dining room, luckily, the drivers have also private rooms where they can change their “team kit” clothes – although we would like to see Alonso wearing the capsule collection, made for Le Mans by Kimoa Racing, instead of the racing suit stipulated by the team schedule. Additionally, in these private rooms, the drivers can disconnect, play with a Play Station or just take a nap.

In the afternoon, more meetings, team photos, autographs sessions that lasted more than 2 hours… where the Kimoa Caps were visible among the thousands of fans that crowded together in order to take photos with their idols. And then, back to the hotel to have diner and rest.

On Wednesday, 12th began the qualifying phase. This time the teams had three rounds of 2 hours each one to achieve the best time. One round takes place on Wednesday and two on Thursday, with the last one extending to 00:00 am, so the trip to the hotel took place during the midnight.

The traffic jams that usually build up in the surroundings of the circuit make a trip of barely kilometres into a journey that takes hours.

Friday maybe was the most funny and engaging day of all due to the “Drivers Parade”, specially this edition, because the drivers decided to carry water pistols to spray the attendants, while doing a parade through the town centre. They threw stickers, cards with their signature, decals and balloons. Besides, they shared again a classic car with the members of the team number 7 of Toyota, because once again their car broke – something that had also happened in the 2017 edition.

After the parade, everyone went to bed as soon as possible, because the race started on Saturday. The drivers left the hotel at 7:15 am in order to avoid traffic jams and be ready at 9 am for the warm-up, which is carried out by the driver who is going to be the first driver, in this case, Buemi.

There was a last check and all the cars went to the starting grid. During the minutes previous to the start the teams take photos, listen to the anthem and enjoy the air show performed by the French Air Forces. Then they get ready and when the green light appears… It’s take off time!! 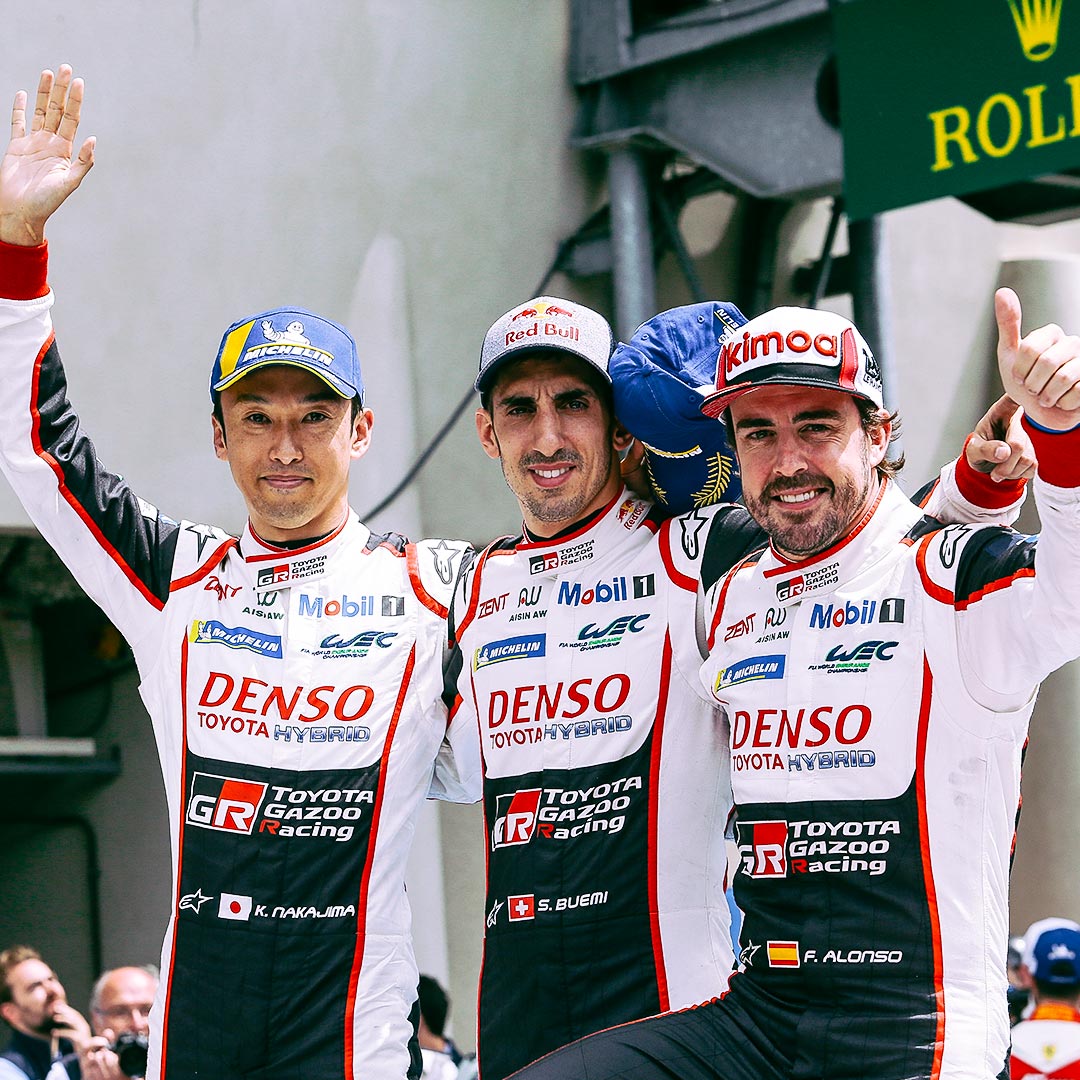 The 24 Hours in the Circuit

They are 24 hours of maximum tension because the circuit of Le Mans is really special due to its layout. On the one hand, it belongs, partially, to the circuit of Sarthe. On the other hand, it also is a normal road that crosses through three nearby villages. This road remains open to the normal traffic until the qualifying phase day. Besides, due to the fact of the extension of the circuit, they are needed 6 spotters, who inform via radio about any issue. In example: maybe it starts to rain but only in one section of the circuit, so they warn about this to facilitate the drivers decision-making.

The rush of adrenaline and the need of being constantly in communication with the team do not allow the drivers to be able to rest even when they are not driving. This increases the physical and mental wear caused by driving in so extreme circumstances like the ones of the night. While some attendants were still awake in the stands, areas fitted to be able to keep up with the race, in order to not miss anything, some others were enjoying the concert offered this year by Franz Ferdinand – band who is present in the playlist created by Kimoa for this mythical event.

The sun rises and the team number 8 still maintains the second position since the beginning of the race and its getting prepared to face the last hours, each one of them as important as the previous ones. But, one hour before the ending of the race, the unexpected happens: the car number 7, which was the leader all the race, gets a flat tyre and it is overtaken by car number 8, at this moment driven by Nakajima, which finally becomes the winner.

This victory was celebrated in style with the three members of the team in the car, with Fernando Alonso wearing the Le Mans 2019 Kimoa cap, about whose creative details we have told you. Afterwards, the three colleagues stepped up onto the podium with the golden crown – which, by the way, stained a lot – to celebrate the FIA World Endurance Championship too. This is the fourth one for Fernando, after one Karting World Championship and two Formula One World Championships, which we wanted to celebrate in Kimoa too.