Fernando Alonso, Cristina Guitiérrez and Albert LLovera will show their caps designed exclusively for each one of them.

Once more, Kimoa gets into the motorsports universe creating three exceptional caps for a special event. In this occasion, it is for the Dakar Rally 2020 that will take place in Arabia and where three Spanish competitors —Fernando Alonso, Cristina Guitiérrez and Albert LLovera— will show their caps designed exclusively for each one of them. 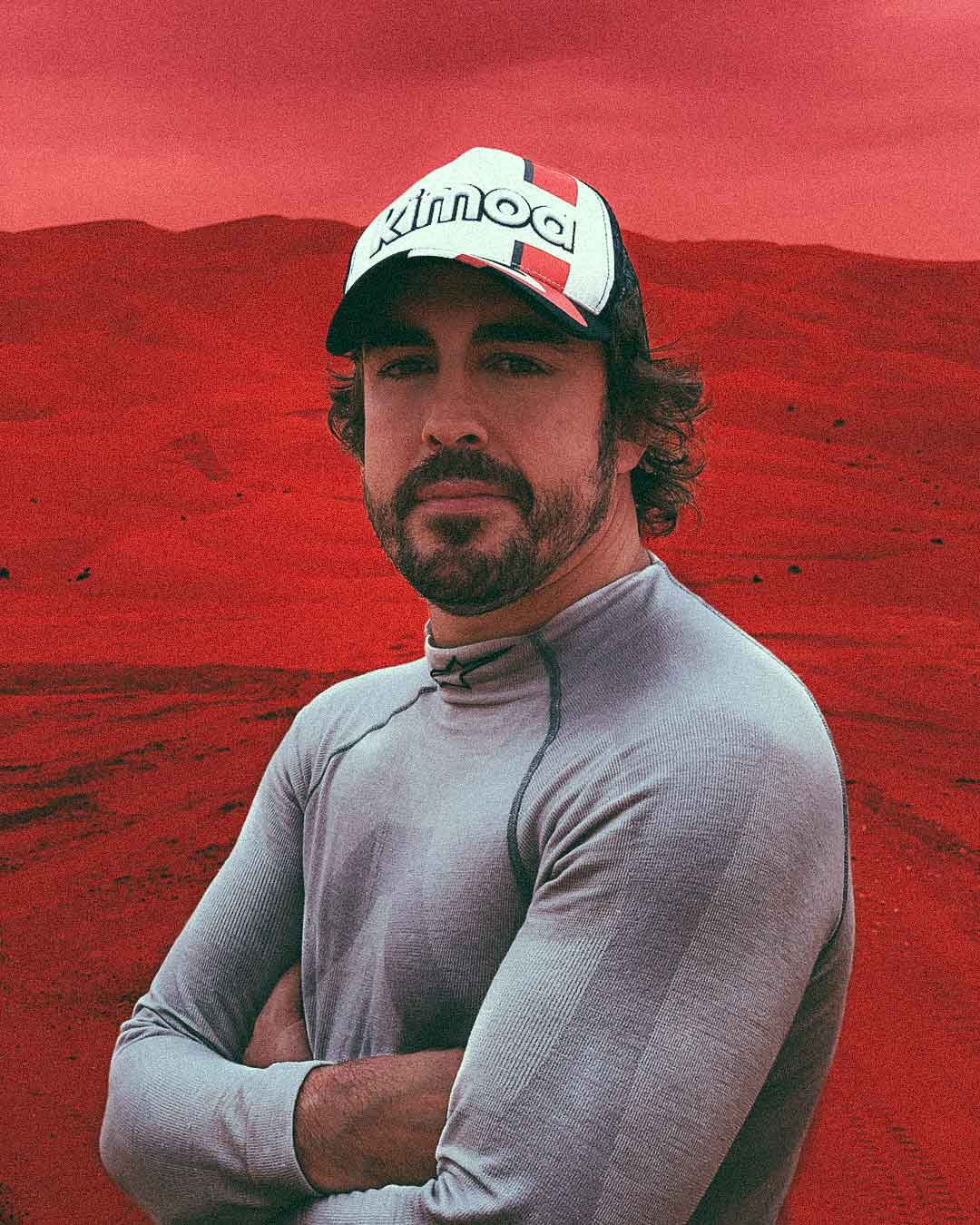 Following the chromatic Style of the brand Toyota, where the red, the black and the white colours are predominant, it has been decided to use a design inspired by the helmet of the driver, as we have already seen in the Indy500 FA and FA Memories cap

Moreover, it has been included a mosaic of the Dakar logos on the side and on the back of the cap. It has been designed placing tone over tone over black background creating a subtle but characteristic effect. And, of course, his signature is over the strap.

Besides, this piece is the first 100% recycled cap by the brand Kimoa, and at the same time it will be the first time Alonso gets into an unknown universe for him far away from the circuits, through dunes and dirt tracks, with another person with him in the car telling him where to go.

It is a curved cap model that Fernando Alonso’s fans will not be able to avoid including into their personal cap collection, so they can keep following all the sporting benchmarks of the driver.

She debuted in the Dakar 2017 and she was the first Spanish woman to perform such a feat. This 2020 she comes back with Mitsubishi and the colours of this brand were, precisely, the ones that inspired us to choose shades of grey and red to create a snapback model.

We can also find her name on one of the sides, as well as her signature over the cap next to a big Kimoa logo on the front side with a profile in contrast.

Even though Cristina is a follower of Fernando and her helmet was inspired by his helmet, in this occasion the brand has created a universe of its own that can be interpreted through this unique cap. The most devoted fans of the Dakar will fall in love with this cap for sure. 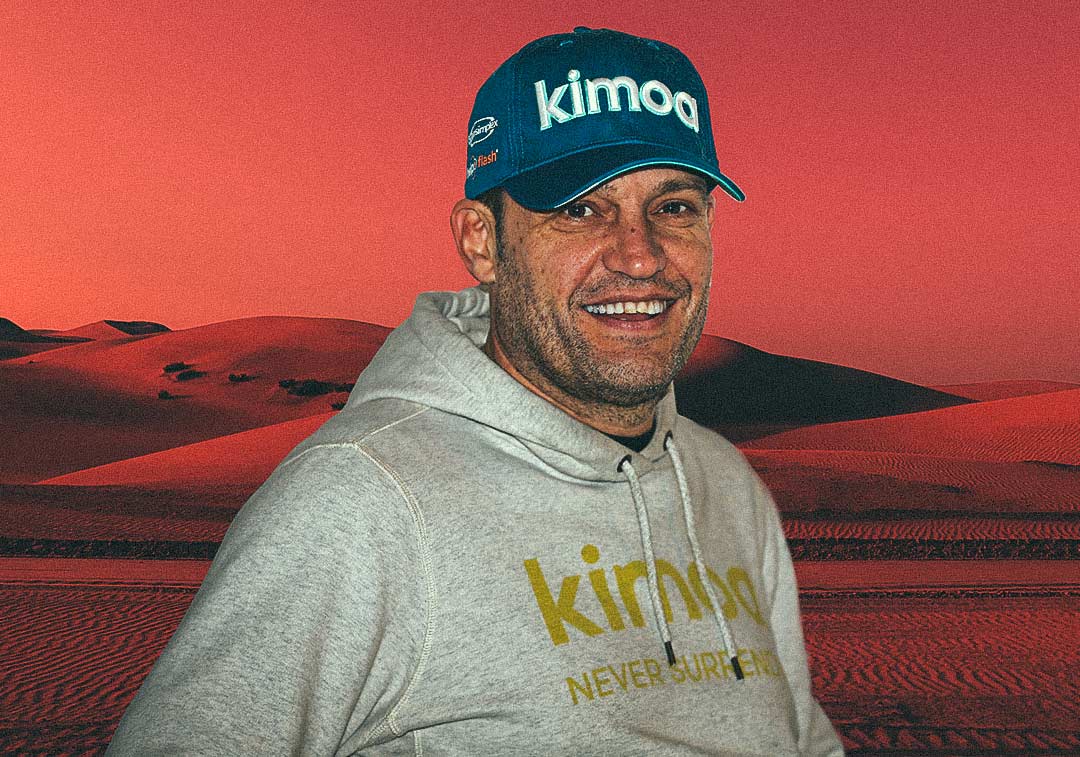 This Andorran driver, a veteran in the Dakar Rally after participating initially in the year 2007 with a car, in 2014 with a Buggy and afterwards in the 2015, 2016 and 2017 edition with a truck, this 2020 he comes back again with a truck and also with his first personal cap created together with Kimoa. He has been a friend of the brand since its beginnings, and it has been chosen a curved silhouette model in deep blue with the front decorated with an embossed created playing with Albert’s logos, tone over tone. And over this creation, the Kimoa’s logo in white with a cyan blue profile in contrast.

On the sides we find the sponsors that will accompany him during this adventure, and on the back, too. Over the strap it has the signature and the website of the driver. In order to give it a differentiating touch, we can find under the cap the colours of the team he will participate with.