After following the great achievements of Gabriel Rodrigo during 2018 season in Moto3, who is now the new surprise star of motorcycling, this Argentine-Spanish driver is among Kimoa’s ambassadors. Would you like to take a ride around his universe? 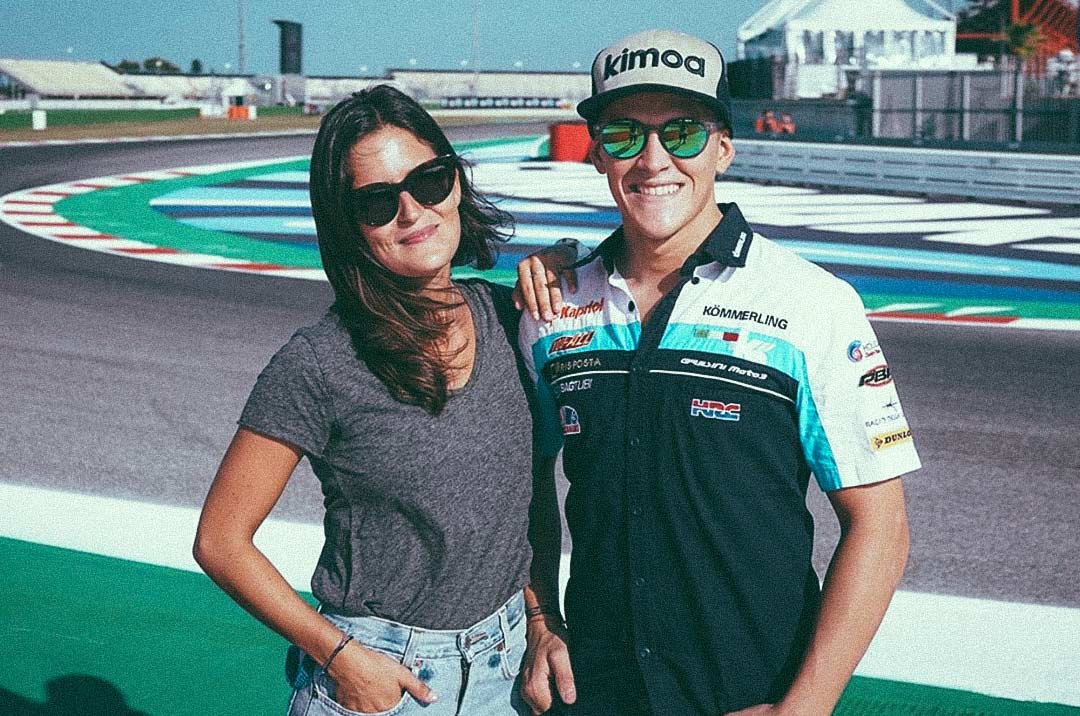 How did start your career in motorcycling?

Actually it’s a funny story. I always liked the adrenaline and everything related to motorsports, but my family was just the opposite. I began wanting to race in a Kart, but I could not convince them. When I approached the age of being allowed to ride a motorbike in the streets, I attempted to convince my parents to let me buy one. None of my siblings were able to get one, even though they had tried, and like them, I didn’t receive an affirmative answer. By chance, at school I became friends with a boy that competed in motocross, and I tried following this path since my parents believed that it was less dangerous than riding a motorbike on the streets. Obviously, when I told them about, they thought I was crazy. “Motocross? Is it that thing where they jump high in the air? No way!”, they said. But my friend gave me the idea of proposing to ride a speed motorbike, because it didn’t involve riding on the streets nor jumping high in the air. At first they wouldn’t let me either, but thanks to my continuous insistence I eventually convinced them. They gave me a Metrakit 80cc as a gift for my 13th birthday, because they knew I would never give up. It started as a hobby, training only on weekends, but I eventually managed to persuade them to let me race in a friendly manner the following year, and this started increasingly to become more serious… and now at home we only speak about motorbikes.

Which were the most important moments in your career?

Since I am in the World Championship, I can think of three important moments in my career that, without doubt, were a turning point. In 2017, after a very rough first half of the year with two clavicle fractures that didn’t leave me at my best in any of the races, after the summer I won two pole positions in a row, and afterwards my skills and confidence improved a lot. In 2018, when I got my first World Championship podium in Barcelona, my first Grand Prix at home, together with my Grand Prix in Argentina. This was so, so special. And signing my contract with Gresini in 2019. After having competed all my life with my own team, the World Champion team set their eyes on me and wanted me to defend their colours, and this is something that I will never forget. It has been a huge step forward for me, both mentally and professionally. Honestly, I am enjoying a lot this stage.

And the most difficult ones?

Why did you choose the number 19?

I started with the number 48 because on the old phone keypad the number 4 was the “G”, for Gabri, and the 8 the “T”, for Terri, my dog at that time. In my second year another driver enrolled before me with the number 48, so I choose to race with the 19, because it was a number I had always liked. That year was a better one for me, so I decided to keep this number. Let’s say that I’m pretty superstitious. 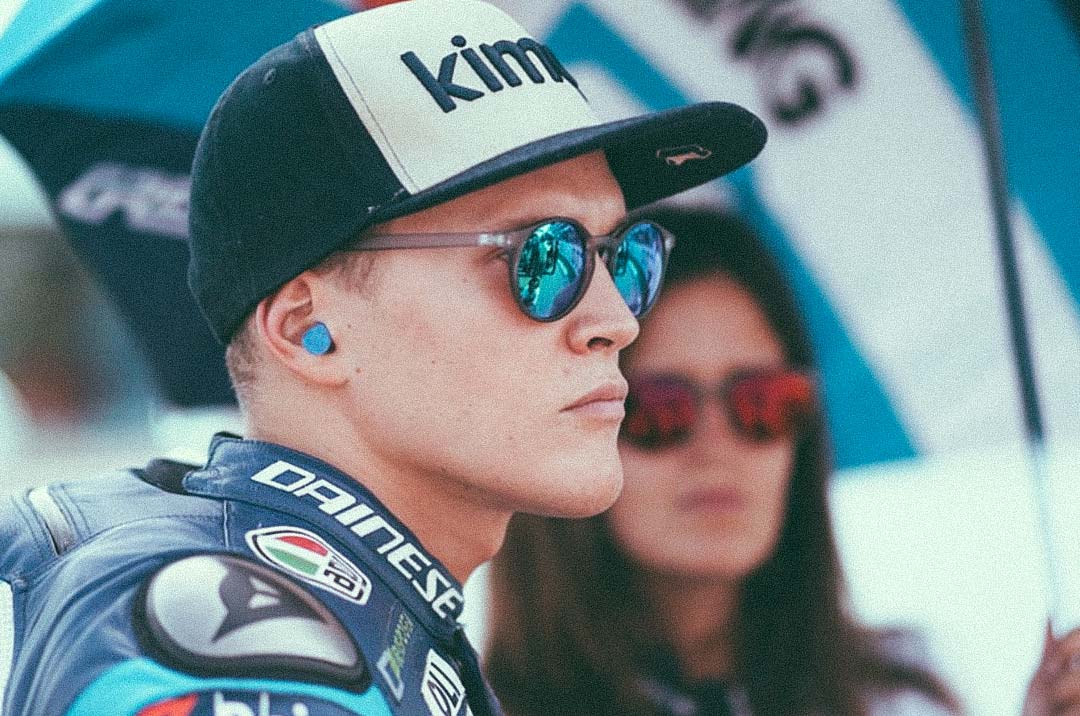 How would you define yourself as a driver?

I am a perfectionist. I think thoroughly about everything I do while I’m riding my motorbike and this suits me because when I take a step forward, I usually never go back. My greatest strength is that I don’t have to lean down very much the bike when cornering at high speed.

Without doubt, Phillip Island, in Australia.

A crunchy, and at the same time fluffy, pizza, or a good bread.

I like all kind of sports. I enjoy practising sports and training very much. But outside the professional sphere I like cooking a lot, too.

It depends on the moment. I always like a good song, the style does not matter.

As a young driver, which advice would you like tell to the next generations?

They must try to enjoy all the stages and especially I would like to tell them to give their all at all times, because eventually it will pay off.

Who are your role models in the motorcycling universe?

I have always been a fan of the Espargaró brothers. I started to train with the same coach they had and we became very close friends.

If you had not became a driver, what would you have done?

I would have probably tried to become a chef or an engineer.

Outside the races, how is a day in the life of Gabriel Rodrigo like?

All my days are usually pretty similar. I get up in the morning and go to train on the bike with my coach. I usually eat at home with my partner, Elia. In the afternoon I meet with my coach again, but this time at the gym to do bodybuilding.   I like going out to dinner with my partner or my friends a lot. But due to the fact that Moto3 requires you to look after yourself in order to be light on the motorbike, I don’t go out as much as I’d like to.

And during the weekends, when you compete?

I get up two hours prior to the first training to have breakfast. Then I do my warm-up and I change my clothes 40 minutes before the race. Next, I have my nutritional supplement to recover and work with my engineers. A couple of hours prior to the second training or the race (on Sunday), I eat white pasta with hard boiled eggs, and then I do the same warm-up process 40 minutes before the training or the race. On Friday and Saturday, when I finish the second training, I work with my engineers again. We usually watch a recording of the training session to look at what can be improved and, always, definitely, we have a “coffee time”. During this “coffee time” Elia and I meet with my photographer, Alejandro Ceresuela, and I prepare them my special cappuccino in order to disconnect and have a great time.

What do you wear when you are not wearing your racing suit?

I usually wear trainers, jeans and a T-shirt. If we are going out to have dinner I like to get ready and I wear a shirt. However, if it is not a special occasion, I like to wear informal clothes.

What kind of sunglasses do you like to wear? Among Kimoa’s models, which one is your favourite?

I like sports sunglasses. My favourite model is the blue Le Mans Barcelona.

Do you usually wear Kimoa’s caps, would you like to have your own cap, participating in its design process?

I always wear them. Actually, I would like to design a customized cap together with Kimoa that identifies with myself a little bit more. And we would love that to become a reality, would you like to start working on it?