... to present his upcoming and innovative projects, among which it is the launching of the new fashion and accessories brand Kimoa.

As it is usual in this show we were able to see a funny and participative Fernando Alonso who collaborated and enjoyed all the tests the show set out for him. For example, the first human cars race (if you want to understand the concept, we encourage you to see the video published by this TV channel), or trying first-hand the latest technology to overcome the worst bodily injuries, or proving to the audience if his head is exceptionally big or that such assumption is just a myth.

Fernando passed all the El Hormiguero 3.0 tests, proving his head diameter of 58 centimetres exceeds only in 1 cm the average normal size, being this outcome an awesome reference for all the people who were asking themselves if Kimoa’s caps were a big or a small size. 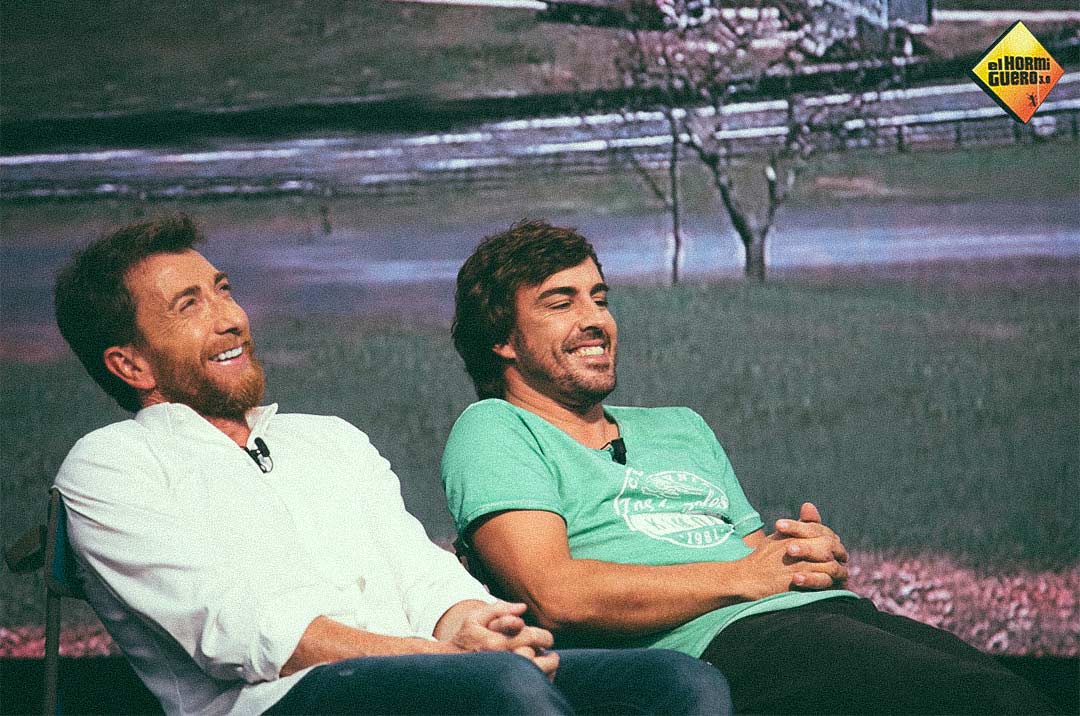 To attend to the show, Fernando choose a T-shirt that belonged to Kimoa’s 2017 spring-summer collection, named “LA I’m coming”, available in green and grey. This T-shirt caused a stir among the viewers of the show because its whole stock was sold out in the next few hours.

One of the most unexpected moments of the show was when he was asked by Pablo Motos about “how boss was he on the Kimoa Project”. Fernando replied that he was “very boss”. And suddenly, perhaps influenced by this unexpected question, Fernando invited all the show followers to get a 10% discount by using the code HORMIGUERO. After this pleasant experience we were left wanting more shows. What do you think? Would Fernando like to appear again on TV?