The history about the FA Indy500 Cap. 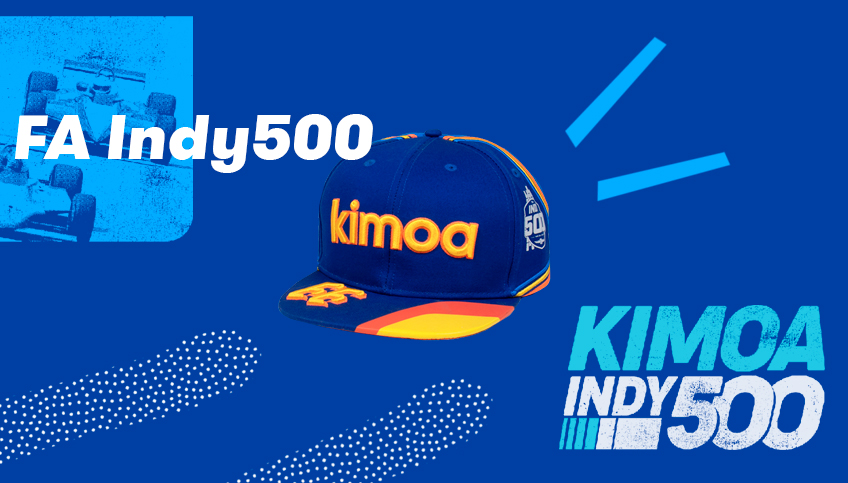 On the occasion of the Indy Car Series 500 miles, Kimoa exclusively creates the cap that commemorates the 103rd edition of this legendary race. Discover each of its details, inspiration and secrets.

A mythical cap for an exceptional moment needs some good creative arguments. For this, our team put in common all those elements of inspiration resulting in an extraordinary cap.

Let's go step by step. Built on a snapback cap pattern, the colors chosen to create the base were the combination of two blue ones, one more marine and the other more electric, to which three stripes have been incorporated with the colors traditionally used by Fernando Alonso, the blue and yellow that belong to the Asturian flag next to the red in a neon version that represents Spain. Three stripes that we will also see reflected in the helmet that will wear on May 26 in Indy. 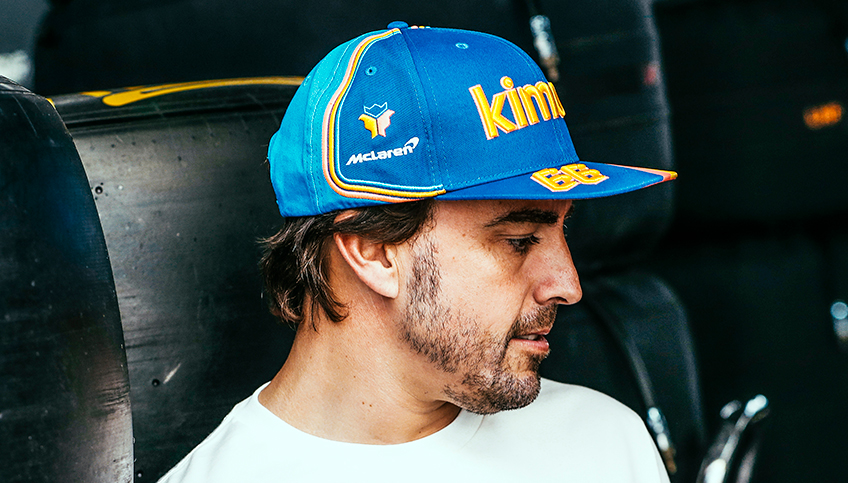 In addition to that, it has been decorated with the Kimoa logos, the Indy500 shield in its 103rd edition, the number 66 awarded by McLaren and that honors Mark Donohue, winner of the test in 1972, the triple crown, two of them complete waiting for that third to be fulfilled and, finally, the signature of Fernando Alonso in which the arrow is always present and on which we have a great story to tell you.

Do you know the reason for that arrow? You have to go back in time, going back to the childhood of Fernando Alonso to search among his toys and find a remote control car that his grandmother gave him in the middle of the 80s in which a pilot was sitting wearing an arrow of those same characteristics in his helmet. And since then, the arrow has always been in all helmets that have been part of the pilot's professional career.

Finally, we do not want to forget the parts that are more hidden as the "underveil", or back of the visor, on which and through a pattern has tried to remember the "brickyard" that remains today in the circuit of Indy500 reminder of the original layout of 1911.

A cap, undoubtedly special for many reasons exclusively at www.kimoa.com