Whoever had visited New York these last weeks, or was already a follower of in social media of the famous painter Domingo Zapata, will probably have stumbled upon his latest work: “Life Is a Dream”.

It is the biggest wall painting never done before in the city, to the delight of the passers-by that each day circulate through the emblematic Times Square, where Kimoa could not resist to be present. The author himself now will tell us more about this project. 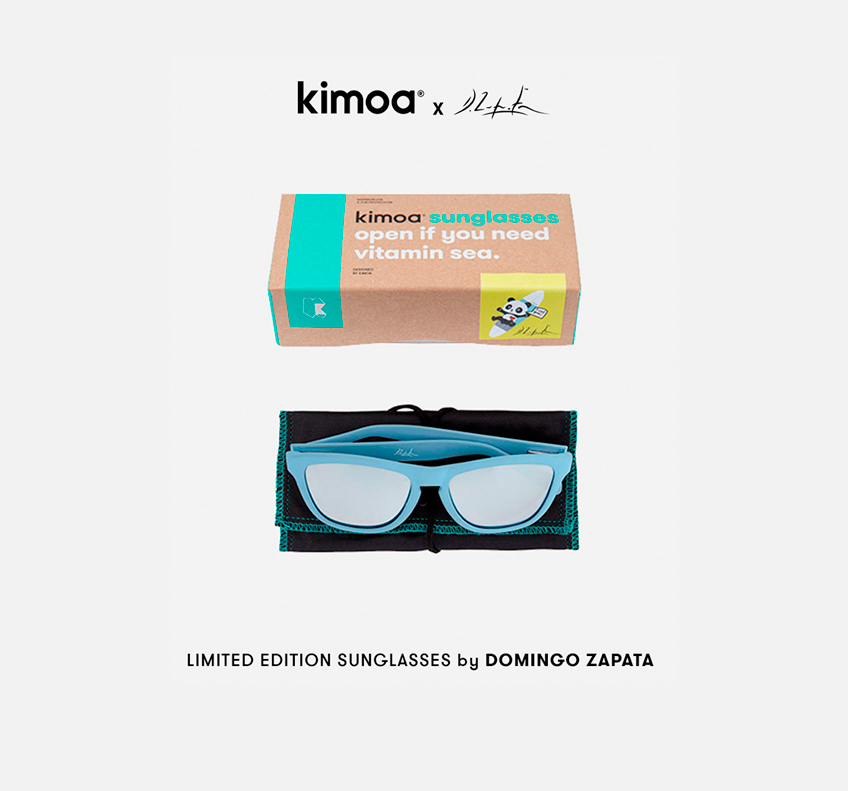 Domingo Zapata and his big wall painting “Life Is a Dream”

It was proposed by the owners of the One Times Sq. Building, the Jamestown company, with whom the painter Domingo Zapata had already worked. They put on the table the idea of creating an epic artistic installation for all the people that visit the area, because the amount of people that circulates by this location throughout the year can reach the stratospheric number of over 100 thousand passers-by.

He had at his disposition 3.000 m2 to be intervened from high above, which presented the challenge of having to work it at 100 meters above the ground. But it was a challenge that Domingo Zapata accepted without hesitation.

Development of the project “Life Is a Dream”

During four intense weeks, the painter along with his 25 members team, dedicated their time to the development of the grid cells of the tableau, 6 in total, to shape and color a space traditionally used to put adverts. In this occasion, this space was approached from an artistic point of view. The famous panda bear, the signature of Domingo Zapata, was integrated hugging a Kimoa surfboard. Due to the fact this Mallorca painter has designed hoodies, glasses and caps for the brand, this was a genuine emblem for the brand, too. 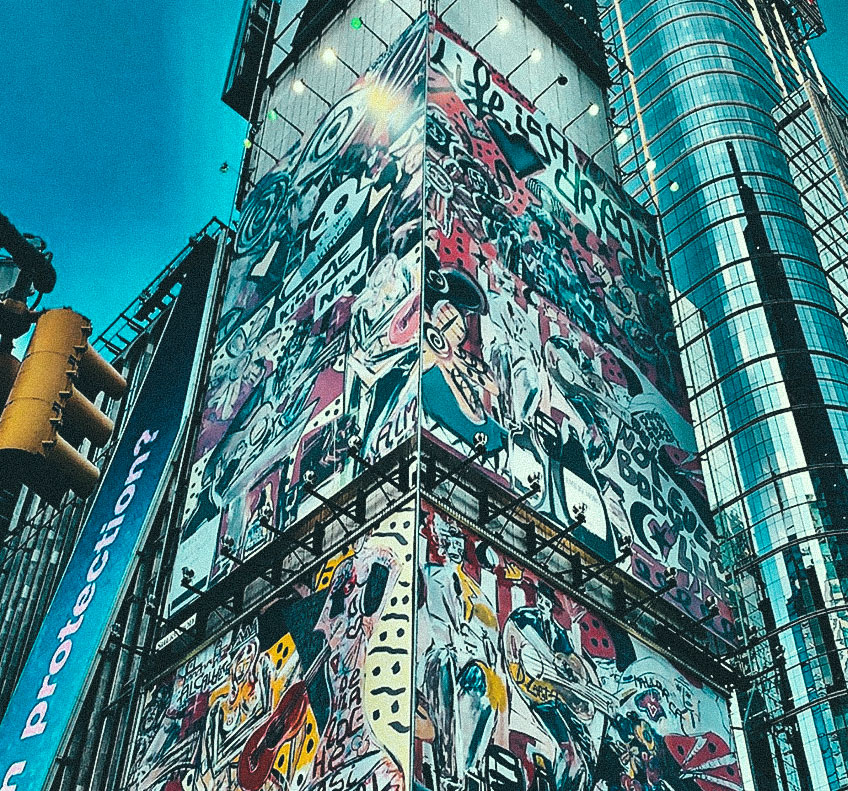 Some problems while working on “Life Is a Dream”

Despite the satisfaction of a job well done, Domingo tells us about some of the most difficult moments he had throughout the 28 days the city of New York was his study.

For example, the fact of being exposed to some very adverse weather conditions throughout so many days working outside, or misfortunes like the day they had to stay for 3 hours caught at 85 meters above the ground, without the possibility of being rescued because the crane seized up due to an electric failure, not forgetting about the project’s big scale, in regards of its height and wide, which made very complex to calculate the perspective or its composition. However, he was able to solve all the problems successfully, leaving exposed to the public his work for the enjoyment of all the people that passes by there until the end of February, 2020.

After this feat, Domingo recognizes feeling happy for having achieved it, but he is eager to do more and bigger works, even though one of his imminent projects is to enjoy New York’s fashion week, which will take place this month, September, and another one is to inaugurate an exhibition in Tokyo, where the painter will display, once again, his colorful and irreverent art.