Gigi Buffon drew on the 4 cities that marked his sporting career to develop the limited edition “Buffon by Kimoa” sunglasses.

Kimoa launches the “Buffon by Kimoa” capsule collection. It is a limited edition of 4 models of sunglasses, and the international football player Gigi Buffon drew on 4 cities that marked his sporting career to develop their design.

By means of this union, Kimoa approaches for the first time to the universe of football: a sport where effort, daily improvement and perseverance are protagonists every day in the lives of the football players. And these are values that our brand shares with this sport since the launch of the brand.

He was declared 5 times the world’s best goalkeeper by the IFFHS (International Federation of Football History and Statistics). His personal track record includes 19 national titles with the Juventus F.C. and the World Cup with Italy national football team in 2006.

This time, Gianluigi sets aside his goalkeeper gloves and joins Kimoa’s creative team to design 4 different models of sunglasses inspired by the cities that marked a milestone in his sporting career.

“We aren’t going to Berlín to visit the city” … stated Gianluigi days before the final of the 2016 FIFA World Cup. And his words became a reality. In the city of Berlín the goalkeeper lifted the FIFA World Cup. This milestone in his career has inspired a pair of sunglasses based on the iconic LA by Kimoa model, bestseller of the brand, with golden colour lenses, polarized, with anti-reflection coating and anti-fingerprint finish. They have a black colour acetate frame, and this combination of golden lenses with a black frame blends the golden colour of the world cup with his personal and elegant black look. 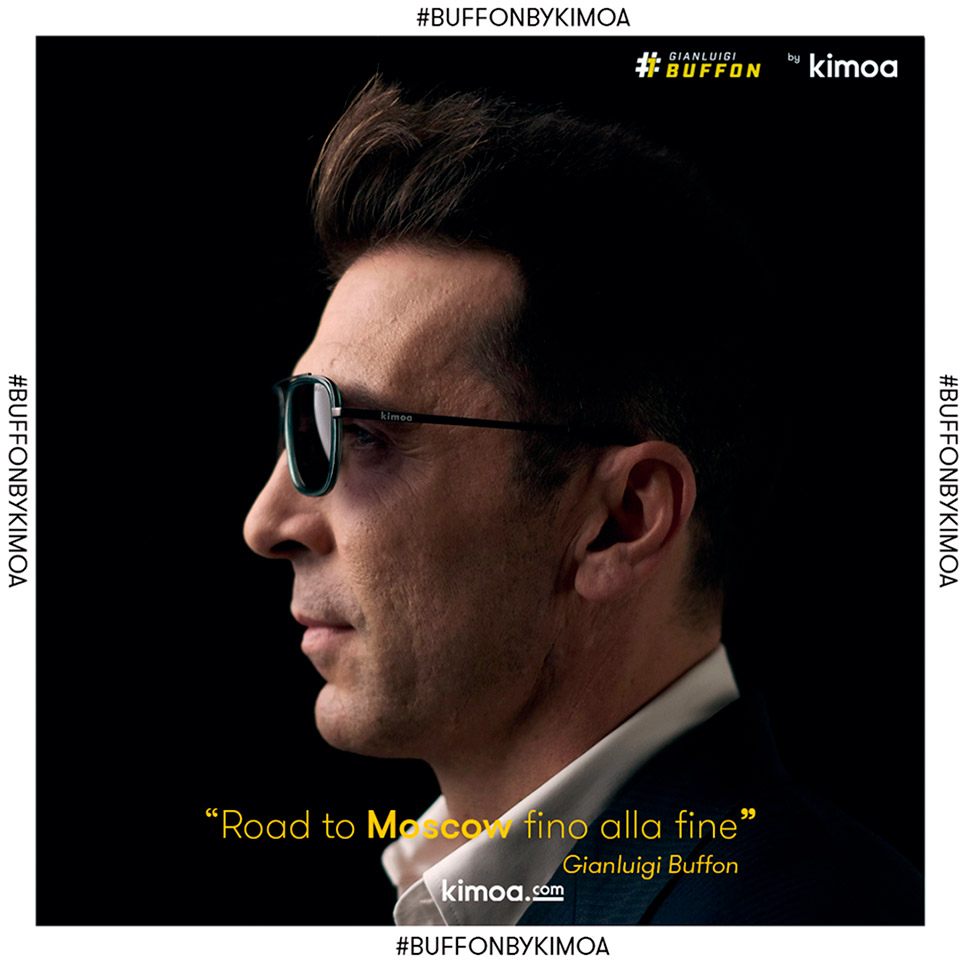 When he was only 19 years old, he wore for the first time the jersey of Italy senior men’s national team. This was a challenge that stimulated his career and led him to become the living legend he is today. Moscow will always have a special place in the memories of the goalkeeper thanks to the victory of the UEFA Cup with Parma in 1999 at the Luzniki Stadium in Moscow, and he wanted to reflect that with the sunglasses model that carry the name of this city. It is a design that reinvents classic models with actual lines and finishes. The combination of anthracite grey metal with green acetate and dark grey lenses give these sunglasses a sober and eternal design, like the city they pay homage to. 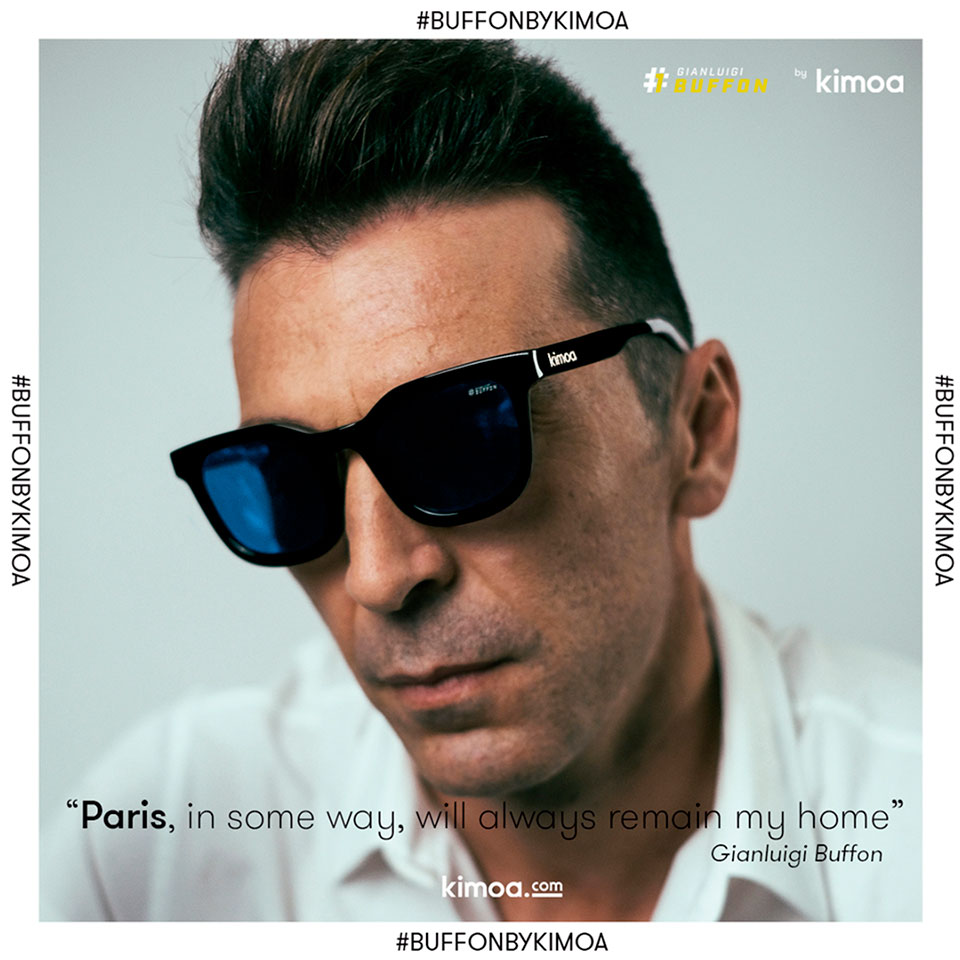 "There are just two places where one can be happy: at home and in Paris”. When Gianluigi left the PSG, to say goodbye, he decided to paraphrase Hemingway, before going back to Italy. To pay homage to this stage of his life he designed the Paris sunglasses model. Their lenses are indigo blue, polarized, they have an anti-reflection coating and an anti-fingerprint finish. Their black acetate frame has a white finish in the part where the side pieces bend. These sunglasses have a trendy design in which the Italian elegance bends with the Parisian sophistication. 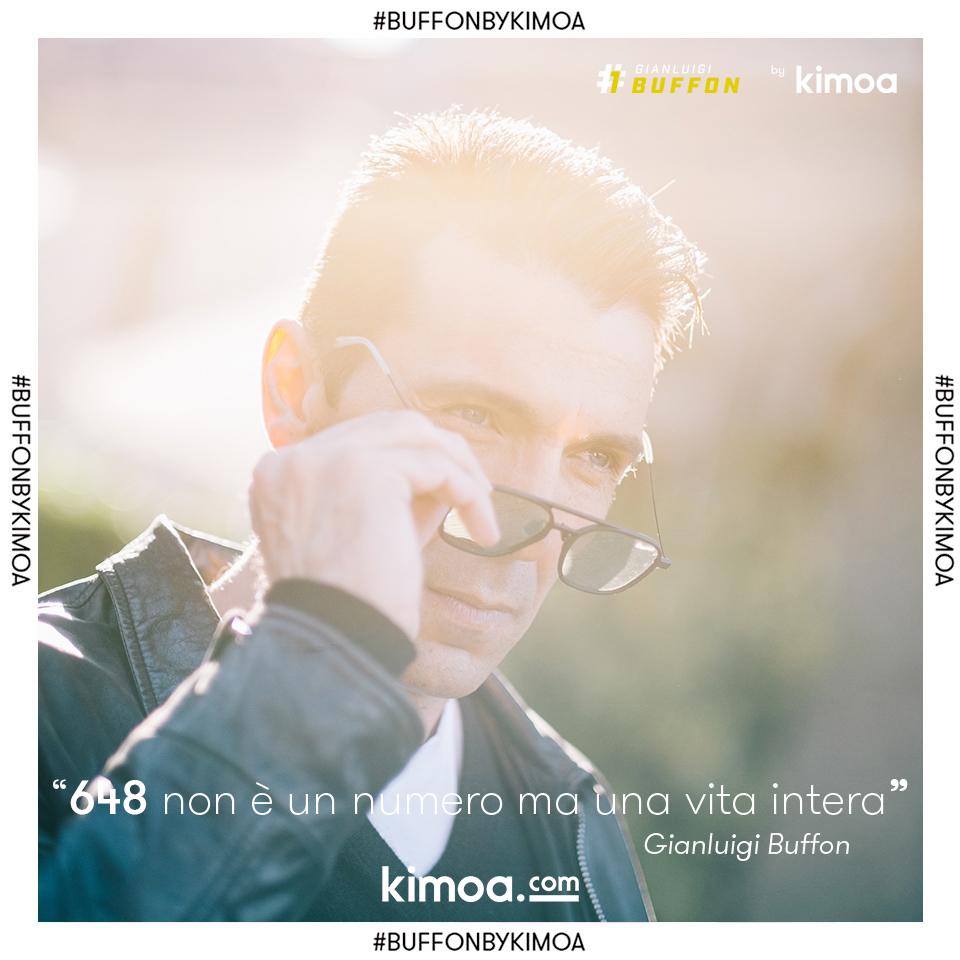 And last but not least, a model that was inspired by the Juventus F.C., the city where he grew up and the place where he improved his skills and consolidated himself as a football legend. Their technical features are what make special these sunglasses: the Turin model. They were designed to have a black carbon fibre frame and lime and silver lenses. They are the lightest of this collection, weighing only 18 grams.

Each model comes with a case made out of recycled microfibers and a customized box made exclusively for this collection.

By teaming up with Gianluigi Buffon, Kimoa moves a step forward as a brand and seeks to consolidate itself in the Italian market thanks to the goalkeeper born in Carrara.